Home Opinion History: The struggle for India's independence, why took the citizenship of Japan,...
Opinion

History: The struggle for India’s independence, why took the citizenship of Japan, know the story of this hero
H 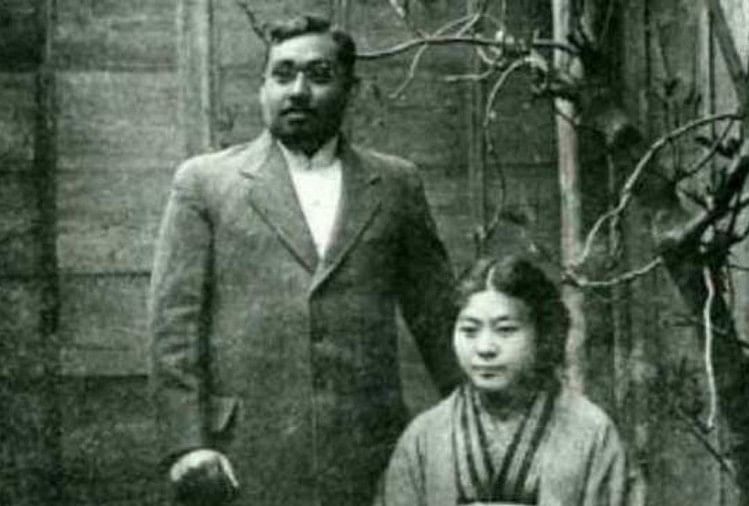 Against the British rule, formed the organization of ‘Gadar’ and ‘Azad Hind Fauj‘. In Delhi, he planned to throw a bomb on the then Viceroy of India, Lord Charles Hoarding, who went to Japan and established the Indian Independence League and Azad Hind Fauj. Similarly, Indian revolutionary Ras Bihari Bose spent his whole life fighting against British rule in order to provide independence to India. Today, on the occasion of his 135th birthday, he came to know some special stories of his struggle.

Was born in Bardhaman district of Bengal
Ras Bihari Bose was born on 26 May 1886 in a village called Subaldah in the Bardhaman district of Bengal. Ras Bihari lost his mother at the age of just three. After the death of his mother, it was Raasi Bihari’s maternal aunt who raised him. After completing his schooling at Chandannagar school, Ras Bihari went to France and Germany respectively to study medicine and engineering.

Demonstrated against this for the first time in 1905
In the year 1905, the then Viceroy of India, Curzon, partitioned Bengal. It was during this time that Ras Bihari became associated with revolutionary activities for the first time. To prevent partition, Ras Bihari along with Aurobindo Ghosh and Jatin Banerjee attempted to expose the intent of the British rule behind the partition of Bengal. During this time he was introduced to the major revolutionaries of Bengal, such as the Era Revolutionary Organization, United Provinces (present Uttar Pradesh), and Arya Samaj revolutionaries.

The bomb is thrown on the buggy of the then Viceroy Lord Hoarding
By 1911, the revolutionary inside Ras Bihari had awakened. It was in December that after the ‘Delhi Durbar’, the then Viceroy Lord Hoarding’s ride was being taken out in Delhi’s Chandni Chowk. Ras Bihari then planned to throw bombs at him. Yugantar Dal member Basant Kumar Vishwas threw a bomb on Hoarding’s buggy but missed the target and the police caught the spring. Raising the brunt of the bomb caused by the bomb, Ras escaped from Bihar Police and went to Dehradun by train overnight. The next day after throwing the bomb, working in your office like this did not happen. The British administration had no doubt about them, so they called all in Dehradun itself and started condemning the attack on Viceroy Hoarding to show the British.

Gadar plans made during World War Ist
In the year 1913, due to the flooding of Bengal, Ras Bihari got involved in relief work. During this time, he met Jatin Mukherjee. He filled a new passion inside Ras Bihari. After which he started working with double enthusiasm. He planned the Ghadar to provide independence to India during the First World War. In the month of February 1915, he planned to fight his trusted revolutionaries with the army. He believed that due to the First World War, most of the soldiers had gone out of the country, in such a situation it might be easier to fight with the soldiers present in the country. But his plan proved unsuccessful. Many revolutionaries were arrested as a result.

Because of this, Ras Bihari started changing the name in Japan.
It was only after the war with the army that the British police started looking for Ras Bihari. Due to which he had to flee India in the month of June 1915. Raja P.N. in Japan to hide Ras Bihari Started living in the name of Tagore and working for the independence of India by staying there. In Japan, Japanese revolutionary friends worked together to liberate India. During this time, he worked in English teaching, writing, and journalism. Started a newspaper called ‘New Asia’ and wrote a total of 16 books in the Japanese language. He even translated the Hindu religion ‘Ramayana’ into Japanese.

Indian Independence League established in Tokyo
In 1916, Ras Bihari Bose got Japanese citizenship in the year 1923 by marrying the daughter of famous Pan Asian supporters Soma Aijo and Soma Kotsuko. During this time he tried to get the support of the Japanese authorities in favor of the Indian independence movement and the nationalists and they were successful in it. He founded the ‘Indian Independence League’ in Tokyo in March 1942 and also proposed to form an army for the independence of India.

Japanese military removed Ras Bihari from the leadership of INA
In the year 1942, Ras Bihari formed the Indian National Army (INA) as the military wing of the Indian Independence League, and Subhash Chandra Bose was made the President. With the help of the Japanese, Netaji’s troops reached Chittagong, Kohima, Imphal. But the invasion of Japan changed the course of World War. The Japanese military command removed Ras Bihari Bose and General Mohan Singh from the leadership of the INA. But the organizational structure of INA remained. Ras Bihar died on 21 January 1945. Four years after his death, his dream of independent India was fulfilled and Subhash Chandra Bose reconstituted the INA in the name of Azad Hind Fauj. Posthumously, Ras Bihari was awarded Japan’s third-highest award ‘Order of the Rising Sun’ by the Japanese government.

Rampur Tiraha Golikaand: The Wounds of That Night Have Not Yet Healed, The Limits of Humanity Had Been Crossed

Rampur Tiraha Golikaand: The Wounds of That Night Have Not Yet Healed, The Limits of Humanity Had Been Crossed. The wounds received by the state...
Read more
Opinion

There is a 14th-century character 'Robin Hood', who lived in the jungles of Sherwood in Britain's Nottingham Shire, along with his comrades, to mention...
Read more
National

Prime Minister Modi today (31 May) mentioned a man named Raju in Mann Ki Baat. Raju has been in the discussion earlier because of...
Read more