CM Dhami said on police-grade pay in Uttarakhand, the government took its own initiative
C 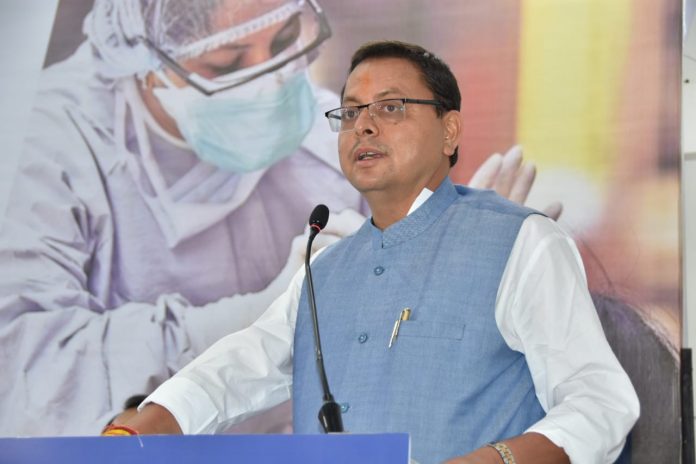 Dehradun. Uttarakhand Chief Minister Pushkar Singh Dhami has shifted to the government residence after the worship. During this, he also reacted to the issue of grades in a conversation with journalists. He said that after becoming CM, the step was taken regarding grade pay without asking anyone. The first cabinet meeting was held within two hours of the swearing-in and a sub-committee of the cabinet was constituted on the issue. The committee is doing its work and will submit its report soon. We have come forward to find our own way. Police personnel is our brothers and they should understand our sentiments. Let us tell you that the family of police personnel had staged a sit-in in Gandhi Park demanding grade pay.

Don’t worry about the past, I live in the present: CM
On the myth and home entry related to the Chief Minister’s residence, CM Dhami said that I always believe in Karma and live in the present. I did not worry about the past nor atonement. Why worry about what will happen in the future. So many resources are involved in it, so whoever is the head of the state should stay there. Let us tell you that there have been many myths about the CM residence. The impression is that the chief minister who stayed here could not complete his term.

These discussions started when former CM Nishank and later Vijay Bahuguna were ousted before the completion of their term. Former CM Harish Rawat also did not shift to the government residence for the same reason and preferred to stay in the State Guest House. However, in 2017, Trivendra Singh Rawat shifted to this 10-acre bungalow in the heart of the city. Later he was also removed from the post of CM. Interestingly, former CM Tirath Singh Rawat did not stay here, but he had to leave the CM post even then.

Designed in the Pahari style, this spacious 60-room bungalow was built in 2010. It has a badminton court, swimming pool, lawn, and separate offices for the CM and his staff members

Instructions to District Magistrates to be alert
On the ongoing red alert regarding rain, the CM said that all the district magistrates and officials related to disaster management have been instructed to remain alert regarding the disaster.

Dehradun. Today's big news from Uttarakhand is that Chief Minister Pushkar Singh Dhami on Tuesday overturned the decision of the Trivendra government on the...
Read more
Uttarakhand

Dehradun. Today's big news from Uttarakhand is that Chief Minister Pushkar Singh Dhami on Tuesday overturned the decision of the Trivendra government on the...
Read more

If you are fond of applying lipstick, then be careful, it can make the lips poisonous

Nowadays, women often like lipstick to enhance their beauty. Women wear different styles of lipstick nowadays. At the same time, it is often seen...
Read more

CM Dhami said the overall development of Uttarakhand is our aim

Called upon everyone to be cooperative in the development journey of the state Dehradun. Chief Minister Pushkar Singh Dhami attended the Rising Uttarakhand program organized...
Read more

Do not make these mistakes while taking care of feet in winter, there will be loss instead of profit

It is very important to take extra care of the feet in winters because otherwise, the feet may have to face many problems including...
Read more

Now instead of Rs 10 lakh subsidy will be given to Rs 15 lakh Dehradun. In order to give further impetus to tourism getting back...
Read more
Load more

If you are fond of applying lipstick, then be careful, it...

Super e-bikes will be available at metro stations, know how to...