Home Sports Brother-in-law and sister-in-law will show bets, then husband and wife will target,...
Sports

Brother-in-law and sister-in-law will show bets, then husband and wife will target, for the first time in Olympics
B 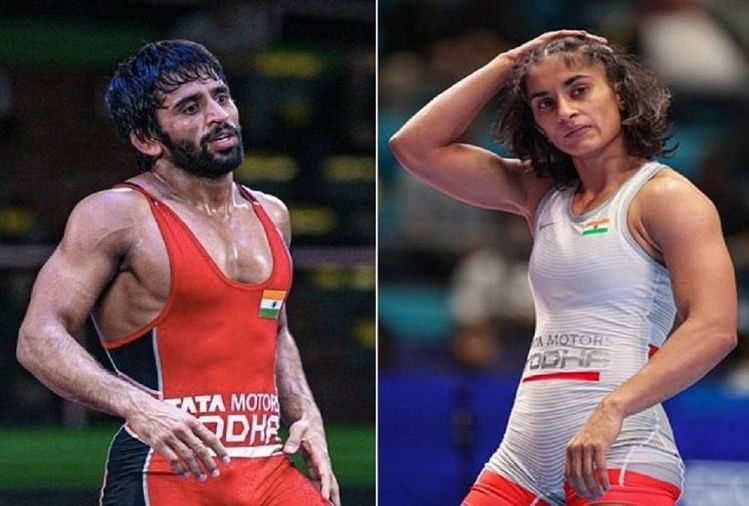 This time India’s largest team will participate in the biggest Mahakumbh of sports. In which 122 players will be involved. So the husband-wife duo of Dharnudhar Deepika Kumari and Atanu Das will become the first Indian pair to play in the Olympics. On the other hand, brother-in-law Bajrang Punia and sister-in-law Vinesh Phogat will show strength in wrestling. Along with this, two supermoms, six-time world champion boxer MC Mary Kom and tennis star Sania Mirza, would also like to leave no stone unturned to make their last Olympics memorable.

Dipika and Atanu have expressed their intentions by achieving golden success in the World Cup just days before heading to Tokyo. The archer duo, who tied the knot a year ago, won the gold medal together for the first time. Deepika, the only Indian woman archer to qualify for the Olympics, will target the individual recurve event as well as the mixed event with her husband Atanu in Tokyo. Deepika will play in the Olympics on the third and Atanu on the second. The mixed archery events in Tokyo will begin on July 24. The country’s first medal in archery is expected from this pair.

There are only 6 days left for the Tokyo Olympics to begin. In such a situation, athletes from all over the world are reaching Japan and preparing themselves. The biggest event of the Games, Tokyo Olympics is going to start on 23rd July. This time India is hoping for a medal in the events of archery and wrestling.

Share
Facebook
Twitter
WhatsApp
Telegram
Linkedin
Previous articleShock to the hopes of pilgrimage priests, there was no discussion on the issue of dissolving the board
Next articleUttarakhand: Chief Minister Mahalaxmi Yojana will start in the state today, CM Dhami will launch

The 17-day-long 'Game of the Games' in Tokyo ended on Sunday, August 8. India finished 48th in the medal tally with one gold, two...
Read more
National

New Delhi. The Rajiv Gandhi Khel Ratna Award, the highest honor given in the field of sports in India, has now been named after...
Read more
Sports

India beat Germany 5-4 in hockey to win bronze, medal in Olympics after 41 years

The Indian Hockey team has won a medal in the Olympics after 41 years. India defeated Germany in the bronze medal match at the...
Read more