States Will Get 12000 Crore Interest Free Loans, Know How Much Amount Will Come In The Share of Which State
S 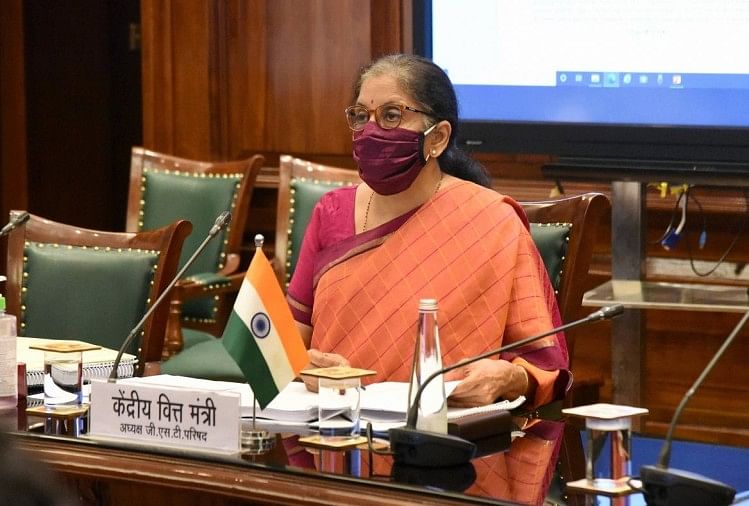 To promote economic activities, the central government will provide an interest-free loan of Rs 12,000 crore to the states. The loan will be of 50 years duration and will be given to spend on capital projects. Finance Minister Nirmala Sitharaman announced the scheme on Monday.

Additional capital expenditure also announced
He said that this loan will be different from the borrowing limit of the states. After 50 years, the states will have to pay it at one go. The finance minister also announced an additional capital expenditure of Rs 25,000 crore by the central government. He said that this additional amount would be spent on roads, defense infrastructure, water supply, and urban development. This will be in addition to the fixed budget of Rs 4.13 lakh crore.

Rajya Sabha MP from Uttarakhand Naresh Bansal congratulated and congratulated Prime Minister Narendra Modi on his approval rating of more than 70 in The...
Read more
Corona

Dehradun. Rajya Sabha MP Naresh Bansal said that today the country has set a record in the field of vaccination while fighting the corona...
Read more
National

Get rid of expensive petrol and diesel: Hydrogen will be used as fuel in the next 10 years

Petrol prices have touched Rs 110 per liter in many parts of the country. Due to this, the prices of other essential consumption items...
Read more

Dehradun. Today's big news from Uttarakhand is that Chief Minister Pushkar Singh Dhami on Tuesday overturned the decision of the Trivendra government on the...
Read more

If you are fond of applying lipstick, then be careful, it can make the lips poisonous

Nowadays, women often like lipstick to enhance their beauty. Women wear different styles of lipstick nowadays. At the same time, it is often seen...
Read more

CM Dhami said the overall development of Uttarakhand is our aim

Called upon everyone to be cooperative in the development journey of the state Dehradun. Chief Minister Pushkar Singh Dhami attended the Rising Uttarakhand program organized...
Read more

Do not make these mistakes while taking care of feet in winter, there will be loss instead of profit

It is very important to take extra care of the feet in winters because otherwise, the feet may have to face many problems including...
Read more

Now instead of Rs 10 lakh subsidy will be given to Rs 15 lakh Dehradun. In order to give further impetus to tourism getting back...
Read more
Load more

If you are fond of applying lipstick, then be careful, it...

Super e-bikes will be available at metro stations, know how to...