CM Pushkar Singh Dhami did plantation, said – give me a plant, not a bouquet, it will be saved
C 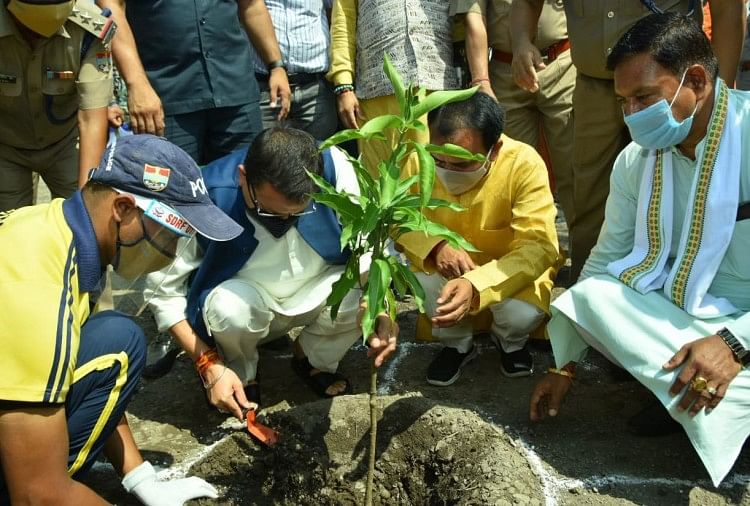 Like last year, this time also on Friday, the Harela festival is being made memorable. This time on the Harela festival, a target has been set to plant more than four lakh saplings by the Dehradun district administration, out of which two lakh 15 thousand saplings are being planted by the Forest Department only.

Whereas, a target of planting ten thousand saplings has been set by the municipal administration and 15,000 by the Mussoorie Dehradun Development Authority. The plantation is being done through Nagar Panchayats, Zilla Panchayats, Gram Panchayats.

Along with plantations on a large scale, we have to pay special attention to their conservation. Science is progressing rapidly. Due to this, amenities have increased in human life, but more and more tree plantation is necessary for environmental balance.

Health and Disaster Management Minister Dr. Dhan Singh Rawat said that Harela festival is a festival related to the culture of Uttarakhand. He said that commendable work is being done by SDRF in Uttarakhand. Director-General of Police Ashok Kumar said that this year a target of one lakh tree plantations was set by the police in the state. Since June 5, more than 90 thousand tree plantations have been done by the police.

Minister Rekha Arya celebrated Harela festival with children
Women Empowerment and Child Development Minister Rekha Arya celebrated Harela festival by planting trees at Vigyandham Jhajhra today. Earlier she went to Balika Niketan Kedarpuram. After this, he planted fruit plants in Vigyandham along with the girls of Balika Niketan. At the same time, the girls were given a tour of Vigyan Dham. Slogans of environmental protection were also displayed on the occasion.

Former Chief Minister Trivendra Rawat planted plants on Harela festival
Former Chief Minister Trivendra Singh Rawat will be on a four-day tour of Chamoli district from today (July 16) and he has planted saplings at different places under the Harela festival. He will plant saplings in Karnprayag and Simli on 16th July and will rest at night after reaching Bharadisain (Gairsain) at 5.30 pm.

On 17th July at 10.30 am meeting party workers in Karnprayag and will plant saplings in Peepalkoti. Then via Pakhi, after Kalpeshwar at 3.30 pm, will reach Joshimath. On July 18, at 10.30 am, he will participate in the plantation program at Bhavishya Badri and at 12 o’clock in Tapovan.

Reach Gopeshwar at 4 pm and will rest for the night. The next day on 19th July at 9 in the morning will leave from Gopeshwar for Chopta, Rudraprayag.

Share
Facebook
Twitter
WhatsApp
Telegram
Linkedin
Previous articleUttarakhand: Now the uproar over the statement of BJP spokesperson, BJP has filed a complaint against Aam Aadmi Party
Next articleUttarakhand: Devasthanam Board meeting under the chairmanship of Chief Minister Dhami, maybe a big decision

Uttarkashi. CM Dhami said that a high-level committee is being constituted regarding the Act. This committee will give its recommendation after discussion with all....
Read more
Uttarakhand