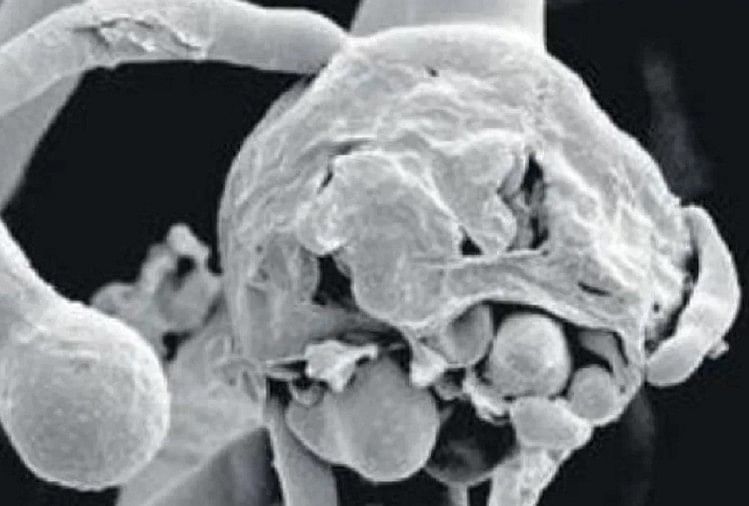 After the Black Fungus amidst the Corona epidemic, now the knock of the White Fungus has increased the odds. Dr. Vijaynath Mishra of the Department of Neurology of the Institute of Medical Sciences, Banaras Hindu University, explains that white fungus is called Candida in medical language. This fungus has the ability to enter the bloodstream with the lungs. It is called candidemia when it reaches the blood.

White fungus is more dangerous because it affects every part of the body. When it reaches the lungs, it is called the lung ball. In the CT scan probe, it appears round and round within the lungs.

The most damage is caused to the lungs by the corona. The white fungus also attacks the lungs. If confirmed in corona patients, there may be an increased risk of life.

Possible effects on every body part
Dr. Mishra explains this fungus can also engulf the brain along with the skin, nails, inner part of the mouth, stomach, kidney, intestine, and secretions. The patient may die of organ failure. For those who are on oxygen or a botulator, their equipment should be bacteria-free, the oxygen that goes into the lungs should be free from fungus.

Why Report Negative?
Two patients of white fungus in Patna are also corona negative. Dr. Mishra says that it is possible that his immunity is weak. This did not spread the virus to the nose and went inside. When the sample was taken from the swab, the virus was not found in it. In such cases, the actual infection is confirmed through a scan.

Possible in a newborn baby, Dr. Satyendra Narayan Singh, Head of the Department of Patna Medical College Hospital, says that white and black fungus is not new. White fungus increases the risk of chest infection. It can also occur in a newborn. He said patients whose rapid antigen and RT PCR are negative. They should also undergo a fungus test.

The pace of the second wave of the corona vaccine has slowed down. But apart from this, the Delta variant has started taking people...
Read more
Corona

PM Warns Ministers: The war with Corona is not over yet, create an environment to follow the rules

Prime Minister Narendra Modi asked his ministers in the meeting to create such an environment in the country so that every citizen follows the...
Read more